It’s estimated that 10 million people are suffering in a crisis that is mainly affecting parts of Kenya, Ethiopia and Somalia. UNICEF is warning that 2 million children are malnourished in the Horn of Africa, and half a million could soon die or suffer long-lasting mental or physical damage. The changing climate in East Africa over recent years has had an adverse impact on livestock herders, who have seen the value of their animals drop and their markets collapse, resulting in dwindling food-purchasing power. This has come at a time when staple food prices around the world have risen massively: for example the price of white maize at one Kenyan market has risen by 58 per cent in a year. The Kenyan government has declared a national disaster in the north of the country, where several years of poor rains have left 3.5 million people vulnerable. Pray for a concerted international response to the crisis that prevents it escalating and for God’s strength to fortify those experiencing severe hunger, particularly children.

Organisations with connections in Somalia 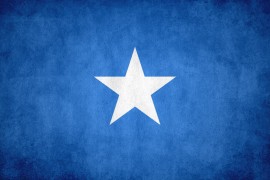