When we first embarked on the journey of mobilising for missions, the way ahead looked bleak and, at times, impossible: impossible because we knew the mindset of some of the church leaders when it comes to missions. But looking back over the last two years, we stand amazed to see what the Lord has done. We are now being contacted by some church leaders to help them in bringing mission awareness to their churches. Praise God!

We are trusting God to expand our team. We have approached seven people – leaders, pastors and ex-WEC members – asking them to pray and consider becoming ACTS13 Associates. Please pray for these friends as they seek the Lord in whether they should become part of the ministry of mobilisation in South Africa.

Due to the COVID-19 crisis, many African governments have now closed down public gatherings, including churches. Many Christian radio stations are providing free airtime to pastors; radio dramas are being produced for oral cultures on the topic of the prevention of the coronavirus; some are setting up helplines for their communities to help the most vulnerable. One partner station has opened up airtime to the Muslim community to give advice to their followers, not allowing them to preach Islam but as a way of showing love to the whole community. Pray that many people will witness these as salt and light and begin a journey with Christ.

The Safe House project in South Africa provides long and short-term foster care for orphaned, abandoned, and abused children. Each home has a full-time and devoted house mother that raises and cares for six children 24 hours a day, every day. There is a huge need for this kind of ministry in a country with a growing number of children orphaned by HIV and drug and alcohol related abandonment. Please pray for the house mothers, local women who view their role as a calling and not a job. Also pray for the children, that they will get to know God personally.

Reuters reports, “In the year to April 2012, more than 64,000 sexual offences, including rape, were reported in South Africa. Of these, more than 25,000 were assaults on children.” Furthermore, it is thought that only a fraction of rape cases are actually reported and even if the case is reported and the suspect(s) caught, only 12% of cases end in conviction. Please pray that God would protect those who are at risk of being a victim, and that leaders will enforce the law so that victims do not have to be afraid of reporting a case. Finally, pray for the transformation of potential offenders. Ask God to touch their hearts and turn them away from the desire to harm others.

January’s flooding in Mozambique also affected South Africa’s Limpopo province - the poorest region in the country. The Limpopo river burst its banks and caused extensive damage to infrastructure and communities based there. Relief efforts were hampered by damage to over 50 bridges and roads, preventing assistance reaching those who needed it most. Pray for those affected, particularly those whose homes and livelihoods have been destroyed.

Organisations with connections in South Africa 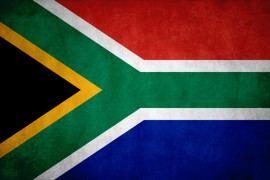