TEN partners in Romania and neighbouring countries are supporting Ukrainian refugees in whatever ways they can, be it driving supplies across to Ukraine, providing temporary accommodation, helping them process paperwork or get medical help, and comforting the bereaved. Please pray for the refugees who often do not know what to do as the next step. Pray that they would experience the love and peace of Jesus Christ through the kindness of their Christian neighbours.

Pray for the continuing ministry and godly influence of Emanuel University, ROMANIA. Pray for those who teach and that the students will be used mightily of God for the salvation of many.

Pandemic effects on the Roma people

Much of Eastern Europe continues to experience a surge in cases of Covid-19. The hospitals are very stretched and many poor communities, especially the Roma, have been unable to afford medicine. Pray for TEN’s partners who are working amongst these communities as many have had Covid-19 themselves. Pray also for peace on the streets: there have been a number of recent protests against the restrictions and curfews which the Government has imposed – economic lockdown means that many families are unable to earn income, so there is a great deal of restlessness.

The Roma communities, amongst the poorest people groups in Eastern Europe, have been particularly hard-hit during coronavirus. In Romania, lockdown restrictions have been tight which has meant that many Roma have been unable to work and therefore have had no money for food or to pay water bills. TEN have been supporting partners who are working with these communities. Please pray for the Roma during this very challenging time, for God to sustain and provide for their needs, and for those who are working tirelessly to help them.

A legacy of brokenness remains from the days of Ceausescu’s regime. Substance abuse, prostitution, pornography, human trafficking and challenges to child welfare are widespread. Romania has one of the highest abortion rates in the world. Poverty is still common, with widespread unemployment and economic instability. Divisions in government reduce its effectiveness. Pray for leadership that has the wisdom to chart the right path and the integrity to implement the right policies in its legal, education and health care systems. Pray for the unity needed amongst the Christian denominations in Romania to be effective in sharing the gospel. Christian radio and television are powerful tools for the gospel in Romania. Pray that many people would be reached, and for a positive impact on society in promoting Christian values.

Torch Trust for the Blind
Romania

Helping with sight loss in Romania

The Dezna Outreach Centre, Romania, is currently being renovated and reopened by the Smiles Foundation whose eye specialist team from the USA met the needs of 200 people. Once complete, the centre will help bring God’s love by helping sight loss and disability support.

Sergiu and Ramona Bradean, reside in Constanta, in the eastern part of Romania by the Black Sea. Sergiu is the senior pastor of Golgotha Baptist Church. He says, “My goal is to make the church feel like a family and to concentrate in bringing other people to Christ and into the family of the church.” The area is very ethnically and religiously diverse. Please pray for the Bradean family in their ministry, that many people come and join the church family.

May 2017
Mothers and babies at risk

Many mothers find themselves rejected by their families and homeless when they decide to keep the baby of an unwanted pregnancy. Since early March, ECM workers in Timisoara, Romania, have rented a house to shelter and counsel mothers and babies at risk. They’ve already received requests regarding two mothers in a crisis situation. Please pray for all the different steps that they are taking to receive the authorisation to start their activity, so that many mothers with babies can have a secure environment to stand back from their immediate circumstances and get the help they need.

A Roma church in Romania, is being encouraged to start Bible studies using translated materials in their Romani language. The church already prays in Romani, but studies the Bible in the national language. Please pray for the people to be touched and transformed by the Scriptures in their mother tongue. Pray for the pastor to continue to support this idea.

Currently around 40% of all pregnancies in Romania end with an abortion. The Esther Foundation provides a place where women with unwanted pregnancies can come for advice and help. Some are rejected by their families and find themselves homeless when they decide to keep their babies. Other women have suffered physical, sexual or psychological abuse. Over 95% of the clients in crisis with unwanted pregnancies change their minds after their first counselling session, committing to keep their baby and do the best they can for their future child, helped by the Foundation. Give thanks that so for over 1,200 children have been saved from abortions as a result of this ministry.

There are vulnerable children in every society and throughout Europe there are children living in insecure and dangerous family situations, in danger of falling victim to violent abuse, being exposed to drugs and alcohol or even ending up on the streets. In the Romanian capital, Bucharest, there are an estimated 1,500 homeless children. Around 30% of these are consistently under the influence of solvents and another 25% are classed as occasional solvent-abusers. Pray for Romania International Children’s Foundation as it works to find foster placements for children in safe family environments. Particularly pray for the successful promotion of family-based placements rather than institutional care and for funding to develop foster-carer training.

An ancient land with a complex history, Romania has only existed as a state for less than a hundred years, and yet within that time it has seen many changes. During the communist years the Church was under constant persecution from the authorities yet grew and prospered spiritually, even though many of its members were impoverished materially. Today, the Orthodox Church dominates the spiritual landscape with evangelical Christianity still viewed as a sect, especially in the villages. Having joined the European Union in 2007, there are now vast and rapid changes being brought to every sector of society. Coupled with spiritual need, Romania will now have to deal with the ‘god’ of affluence.

Organisations with connections in Romania 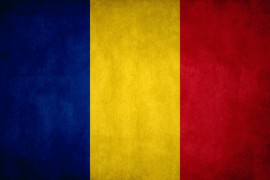